Quick…What do these three things have in common? The Iowa Hawkeyes, Country Music, and San Francisco. If you replied that you despise all three, that is the wrong answer. (Although I may give you partial credit for disliking San Francisco. Seriously… Crooked streets, the “summer of love, ” and just existing in a state that now bans straws. STRAWS! How could the Iowa Roadie ever drink her beloved dirty girl scout drinks without a straw?)

Anyway there are actually two correct answers to the above quiz. One is former University of Iowa Hawkeye quarterback CJ Beathard, who now serves as the backup quarterback for the San Francisco 49ers. The other right answer is his brother Tucker Beathard, a singer/songwriter who scored a #2 country hit with his song “Rock On” a couple of years ago.

Let me explain something… If the Iowa Roadie had a top ten list of favorite songs, “Rock On’ would be on that list. Other contenders would be Journey’s “Don’t Stop Believing,” Kid Rock’s “All Summer Long,” and something by my new boyfriend Cole Swindell (who doesn’t actually know he’s my secret boyfriend. My HUSBAND, however is aware that if Cole Swindell comes to my door, he must leave immediately. I should be a little offended that my husband does not appear to be very concerned about this scenario.)

I realize that some of you may have never heard of Tucker Beathard before, and cannot believe that I am rating what thus far is a “one hit wonder” with such classic iconic hit songs. However, the beauty of “Rock On” is that it is a very clever play on words. I realize that not everyone appreciates this song for its linguistic diversity. But the dual meaning of those words is what endears this song to me. (Plus it has a catchy beat and solid guitars and drums.)

Anyway, when the Iowa Roadie discovered that Tucker Beathard was playing in Iowa City, I HAD to go. Top Ten Greatest Songs Ever! However my husband was not as enamored, and declined to attend. (One of his favorite songs is “Spirit in the Sky.” What sort of person has a favorite song about dying and floating up in the clouds?!) Fortunately my sister lives in the Iowa City area and agreed to go with me. (Although she did ask, “Who is Tucker Beathard again?”) Even better, we could get MEET & GREET passes! To Tucker Beathard. Top Ten Greatest Songs Ever.

The concert was scheduled to start at 8 pm at the First Avenue Club in Iowa City. Doors for VIP ticket holders (that was us!) opened at 6:45. Therefore I insisted we arrive by 6:30. (I must interject that most people do not adhere to my sense of punctuality. My sister thinks I’m a freak.) However the bonus of arriving early is that we were able to grab a very lovely high top table and chairs towards the back of the room. This is important because we are old and did not want to stand…even though our VIP wristbands allowed us in a reserved area within a foot or two of Tucker. We rationalized that we would get to meet him up close, and therefore did not need to expend the energy needed to stand for several hours. These seats were also situated close to the bar where I ordered a Diet Coke and Malibu rum drink. (I know…no dirty girl scout!) Why the change in beverage choice? Caffeine. (We old people have a bedtime that is far earlier than young Tucker Beathard.)

Besides the view of the musical entertainment, our seats also provided us a view of the floor entertainment…primarily consisting of a middle-age couple who, with the help of some alcohol, really thought they could dance. Let me assure you..they could not. The husband kept wiggling his butt, and the wife resembled Elaine in that episode of Seinfeld where she insisted she could dance, but really was just doing these awkward little kicks that were quite painful to witness. In between pseudo-dance moves, the couple was groping one another, and yelling “Go Hawks!” I felt like I was chaperoning a high school dance after someone had spiked the punch.

Obnoxious Couple was with another twosome, and the four of them proceeded to pull up chairs around the pub table next to us that was already peacefully occupied by an older gentleman named Tim. Tim looked a bit like a skinny Santa with a short-trimmed white beard and mustache. However, instead of a red hat, he wore a ball cap emblazoned with “The Texas Tenors” and the flag. (Wikipedia fact…The Texas Tenors were the fourth place finisher in the 2009 season of “America’s Got Talent.”) We also observed Tim putting ear plugs in before the show began. (These came in especially handy when Obnoxious Couple began chanting tailgate cheers.) Poor Tim’s quiet evening (minus the loud bass blasting from the speakers) came to an abrupt halt as he now had to share his personal space. I felt so bad for Tim that when he went to the bar to replenish his drink (and who could blame him), I sidled up next to him and invited Tim to sit with my sister and me. Nothing creepy about that. To my surprise, Tim politely declined my offer of salvation. (Perhaps with the ear plugs, he did not clearly hear my invitation?)

Prior to Tucker taking the stage, there was another duo that performed. It was toward the end of their performance that the Meet & Greet was to occur. The problem with the Meet & Greet is that we would have to get up and sacrifice our seats. I envisioned Obnoxious Couple taking over our table with their butt wiggles and high kicks. Fortunately Tim noticed our dilemma (or was just tired of Obnoxious Couple), and slid his chair over to our table, offering to save our seats. THIS is what chivalry is all about… Reserving seats for strange middle age ladies so they do not have to stand in the cherished VIP gate feet away from the headline performer.

So with our seat situation resolved, my sister and I assumed our place in the Meet & Greet line. This line began by the merchandise table that was well stocked with lovely TB hats and shirts. Ironically the person behind the merchandise table was not wearing one of these lovely TB shirts, but instead chose to wear a faded Star Wars tee. (She obviously slept through those Marketing 101 lectures.) Additionally the Meet & Greet did not take place by the merchandise table, but outside behind the First Avenue Club. Like lemmings, we diehard TB fans followed the Pied Piper security guard behind the building where we had the opportunity to meet the singer/songwriter of one of the Top Ten Greatest Songs Ever. (I must interject that it was a bit sketchy to wait outside behind the building, next to a van with tinted windows.) Fortunately I was put at ease by the Security Guard.

Security Guard, or SG, was going to celebrate his 46th birthday in two days by buying himself a labrador puppy. He informed us that a dog was a signal of commitment and his desire to begin “adulting.” Prior to this leap into the grown up world, SG worked in a tattoo shop. This was evident by the profound artwork up and down his arms, depicting everything from the Pabst Blue Ribbon logo, to a green man, to the word “waffles” spelled across his fingers. He also claimed to have a tattoo of an actual waffle on his body. (I personally find tattoos of breakfast food rather endearing.) SG was very pleasant to visit with and handled the TB Meet & Greet line with ease. I truly believe he will transition into the adult world very nicely.

When it was our turn to meet Tucker, my sister and I shook his hand and posed for the camera. I asked him if it was weird to have to meet all these strangers every night and have to hug them and shake their hands. Tucker replied that it was fine and really not a problem at all. (I maintain that his opinion would have been drastically altered if Obnoxious Couple had Meet & Greet passes.) We thanked him for our pictures, and proceeded back into the Club and our seats that were still being guarded by Tim. We thanked Tim for his kindness and offered to buy him a drink. Again to my surprise, he declined. (Perhaps those ear plugs were in the way again?)

It was now time for Tucker to take the stage. This is when we realized why Tim had brought ear plugs. The music was loud. (And not just because I’m old and refuse to stand in the VIP section and have to drink caffeine to stay awake.) It was LOUD. But after awhile, one becomes accustomed to the decibel level (or just goes a bit deaf). And at that point, one could really enjoy the show. However the show was not limited to TB, singer/songwriter of one of the Greatest Songs Ever. Nope. Obnoxious Couple was vying for top entertainment value. Because somewhere in the midst of their drunken groping, bad dancing, and Hawkeye cheering, they got in a fight and Obnoxious Wife stormed out, followed by Obnoxious Husband, and then dutifully The Friends. (Coincidentally, it was at this point that TB began singing his second radio release, “Fight Like Hell.”)

So now, with nothing to distract me, I could sit back, drink my caffeinated beverage from my non-banned straw, and listen to one of the Greatest Songs Ever. Because that, my friends, is what adulting is all about. Go Hawks and Rock on! 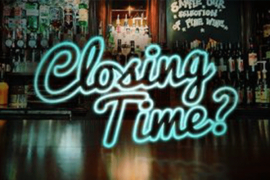 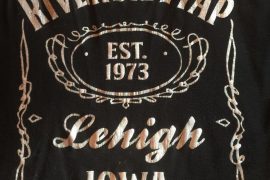