I am a sucker for a good gimmick.

Seriously. I am the reason those “As Seen On TV” products exist. My husband and I recently attended the Iowa State Fair. Did you know that the area under the grandstand is a haven for binge shopping…especially if one has been relaxing in the Craft Beer & Wine tent for a good portion of the afternoon. So while Hootie & the Blowfish were entertaining thousands of people enjoying their favorite food on a stick, I was purchasing a miracle drug whose primary ingredient is tumeric (I know, right?) and a vegetable peeler that proved way too complex once I got it home.

But rather than learn my lesson, I continue to seek out what is unique and interesting. (You’ve yet to read an Iowa Roadie adventure about a visit to Applebees.) Which is why on a recent trip to The Flea in Springfield, Missouri, I found myself blindfolded and drinking a shot containing a mystery condiment.

The Flea is a neighborhood dive bar offering live music, trivia and $5.25 pitchers of PBR on Monday nights. (We, unfortunately, arrived on a Wednesday.) We found our customary seats at the bar and were greeted by Bartender Ross. I asked Ross if The Flea offered any Signature Drinks (as Signature Drinks are the equivalent of a bar gimmick). What I discovered was a one-of-a-kind specialty drink that doubled as a spectator sport.

Insert quick history lesson here…The actual Ray Charles was a blind musician and pioneer of soul music in the 1950s. The drink by the same name at The Flea consists of three ingredients that are selected by throwing things at bottles of alcohol while wearing a blindfold. (I didn’t say this was a politically correct experience.) The targets include not only bottles of alcohol, but a mixture of condiments such as srirachi sauce and Worchestire sauce. Each drink is a mysterious taste bud explosion (and potentially a gastrointestinal one as well).

Thus I found myself wearing a pair of blacked out sunglasses and blindly aiming at an assortment of liquor. My discomfort was a source of great amusement to those around me, as was my natural lack of coordination, compounded by my sudden vision loss. Once the balls are thrown and the drink ingredients selected, one has to STAY blindfolded while drinking it. AND if one doesn’t drink fast enough, Bartender Ross can exercise his right as an Evil Pub Dictator and add Whatever He Likes to your drink glass.

It was with great trepidation that I took my first sip, fully expecting the worst. And while the taste did not immediately cause me to vomit, it will not be something I willfully order again. In the whole scheme of things, my drink was relatively tame. Somehow I managed to score lemon vodka, blueberry vodka, and raspberry vodka with a “splash” of mustard. If Fruit Loops were a drink, this would be it…assuming the milk was sour. However I choked it down as quickly as I could, knowing Bartender Ross (armed with a horrid mystery sauce) was hovering nearby. Thank you to The Flea for providing such a crazy opportunity.

I asked Bartender Ross how The Flea got its name. He stated that “once you got the itch, you can’t get rid of it.” As plausible as that explanation is, I believe The Flea earned its name due to its resemblance of a flea market. There was no shortage of trinkets or pop culture memorabilia, including my personal favorite…a Scrappy Doo sticker on the cash register. According to Bartender Ross, the bar’s owner visits flea markets and thrift stores seeking new treasures. There are so many novelties, in fact, that at their staff Christmas party, The Flea employees go on a scavenger hunt among the thousands of novelties. (I apologize that I failed to ask what the prize was…I was still suffering from the trauma of my mustard drink.)

Just as intriguing as the decor were the people we met. We particularly enjoyed the lady who was fired that day for setting off the fire alarm while secretly vaping at work. Despite my tobacco-free stance, I stood by my newly unemployed friend when she reported that her boss waited until the end of her shift to fire her. (After eight hours, she had forgotten the fire alarms had even gone off.)

What cannot easily be forgotten is The Flea, who is currently planning their seventh anniversary celebration. From Cowboy Pictionary to a Stranger Things party to drinking blindfolded, The Flea offers something for everyone. This is one place you won’t want to call the exterminator… because when the “fun bug” bites, you want to be in on the action.

And that’s no gimmick 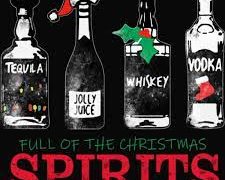 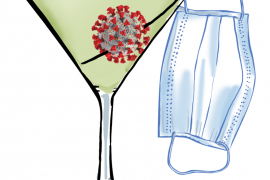 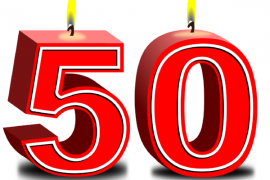