You know…like three months ago.

Three months ago, the only people wearing masks were either comic book characters, the Lone Ranger, or crazies from those Purge movies.

Thank goodness not everyone subscribes to the “new normal.”

Before I begin, I want to be clear…This does NOT mean that Iowa bars and restaurants are ignoring the social distancing guidelines set forth by Governor Reynolds. In each of the bars recently visited by the Iowa Roadie, seating was limited to every other table. Yet, somehow, it felt like the “old normal.” A world in which  problems are conquered by cheap alcohol and fried food.

We begin our latest Iowa Roadie adventure with a quick stop at The Outpost in Aredale, population 74.  Aredale,a blip on the Butler County map, experienced a brief claim to fame in 2011 when its citizens elected Jeremy, an 18-year-old high school senior, as its mayor, and he consequently appeared on The Tonight Show with Jay Leno. (Jeremy received 24 write in votes. His incumbent opponent, 76-year-old Virgil, received eight votes.)

It was encouraging to find that The Outpost featured the two very things that counteract a Pandemic…$1 beer and extremely tasty cheese balls. The Outpost also earned special accolades for posting a picture on their Facebook page of the Iowa Roadie coaster I left as a calling card. (Social media=true love)

(ALSO…in case you are wondering…Jeremy no longer presides over Aredale. Instead he operates his own landscaping company. The current mayor of Aredale is named Jack. Sadly, I have nothing to report about Virgil.)

Our next stop took us to Doc’s in Clarksville. Doc’s was established in the 1960’s by its namesake, but since 2008 has been owned by a gentleman with a long fu manchu beard named Keith. We did not have the opportunity to visit with  Keith as he had to go home and mow his lawn. (It is a shame he had not called Mayor Jeremy and utilized his lawn keeping services.)

Clarksville is home to Season 16 American Idol champion Maddie Poppe. It is also home to Lindsey, a bartender at Doc’s who tried out for the USA swim team. Unfortunately Lindsey’s Olympic dreams came to a halt when she sustained an elbow injury as a cheerleader at Iowa State.

Lindsey was exceptionally pleasant and shared fascinating stories of her time as a USA swimmer. She also introduced us to Frangelico, a hazelnut liqueur that comes in a bottle shaped like a friar wearing his habit. I must confess that initially it felt a bit sacreligious to be drinking alcohol from a bottle shaped like a monk. However, a Snicker-flavored shot does a lot to erode one’s standards.

A final shout out to Doc’s who prepares all its food from scratch. Did you catch that? From. Scratch. The Iowa Roadie and husband shared a double cheeseburger that was like heaven on a bun. (And I don’t feel the least bit sacreligious proclaiming THAT.)

However I DO tend to blush when admitting that I had “butt sex” at our next stop. In fact, there was GROUP “butt sex” happening.

Now, before you start thinking that the Iowa Roadie is into some kinky stuff and I lose my PG-13 rating (too late, I’m afraid), let me quickly explain that “butt sex” is the name of a shot. In fact, it is one of 64 shots that are part of a March Madness bracket at the Wooden Foot Saloon in Waverly. Each night, two shots pair off in a taste test. Whichever shot receives the most votes moves on to the next bracket. Shots advance nightly until there is only one champion.

That night, the competition was between “butt sex” and “zelle bean” (rhymes with jelly bean). Butt sex was a combination of “hot sex” and butterscotch, while zelle bean featured fruit loops vodka, watermelon pucker, and sprite. Despite my vote for the shot that tasted like a sugary breakfast cereal, butt sex was firmly kicking…well, its butt. (The score was almost 30-4 when we left.)

The Iowa Roadie’s shots were served by bartender Trevon–pronounced Trev-UN. This was Trevon’s second day on the job. His first was March 16…the day before the quarantine started. Fortunately long-time server Mitch was there to mentor young Trevon as he served X-rated beverages to the innocent Wooden Foot patrons.

Besides bartending, Mitch is a fashion designer of sorts. He creates t-shirts and that evening was wearing a tank top with a single (yet powerful) word…WASH. Mitch told us his best-selling design sold approximately ten shirts and featured a slogan featuring the F-word and Waverly, Iowa. He also mentioned something about Disney in this design. (It is with great sorry that I am unable to describe the actual t-shirt design in more detail. I will attribute this lack of precision to the effect the butt sex was having on the Iowa Roadie’s typical meticulous note-taking ability.)

Seated next to us was a delightful couple named Joel and Michelle. The two enjoy visiting Iowa breweries, and even recommended a meadery to the Iowa Roadie. (For you readers that do not venture far from the Busch Light, a meadery is a winery that produces wine made with honey.) Michelle and the Iowa Roadie’s husband also share an affinity for Blatz beer.

Blatz beer was founded way back in 1846, and was the first Milwaukee beer to market and distribute nationally. Blatz beer also resembles antifreeze. In fact, Michelle had a relative who accidentally left a case of Blatz underneath his porch all winter. When spring rolled around and the Blatz was discovered (much like a hidden treasure!), there was no discrepancy in the flavor between seasons. Translated…it still tasted like cheap beer.

After bidding farewell to our new friends (and with a final cheer to the explicit shot selection), we headed to our car…only to discover we were parked in front of The Beach House. This is a relatively new establishment with a tiki-like theme and a Facebook motto of “Waverly’s 5-Star Dive Bar.”

Here is what their slogan SHOULD be…Pickle Shots Sold Here.

And they are delicious.

In fact ..they are better than butt sex.

I asked the bartender if the Beach House sold pickle shot t-shirts. She said no, but admitted that was a great idea. In hindsight, perhaps I should have connected her with Mitch. He’s likely to sell more than 10 pickle shot shirts.

Because, just like in March Madness…this shot’s a slam dunk. 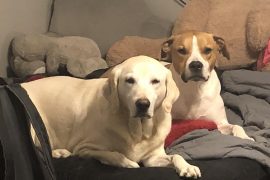 To Infinity & Beyond: Remembering Thor 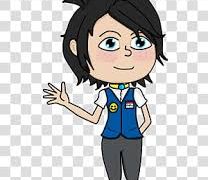 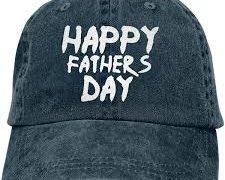